Low-income communities in the United States suffer high pest infestation rates and unhealthy environments resulting from pest infestations. For example, a recent survey conducted in four cities in New Jersey found that 37, 20 and 9 percent of low-income homes were infested with cockroaches, rodents and bed bugs, respectively (Abbar et al. 2022). These pests are not only a health concern to the building occupants, but they also pose a significant economic burden to building managers.

The COVID-19 pandemic may have negatively impacted pest control operations due to limited access and reduced services. As a result, pest treatments were often delayed, increasing pest population levels and dissemination to other apartments within a building.

SURVEY PARTICIPANTS. In New Jersey, we contacted 54 housing communities. Among them, 13 completed the survey. One agency returned four completed surveys by four property managers. In Tennessee, we reached 89 communities through emails and phone calls and 15 surveys were completed. Purdue researchers obtained four completed surveys from Indiana and one survey from Illinois by contacting their existing collaborators. Arizona researchers obtained three surveys after contacting 21 existing collaborators in Arizona.

In total, we received 39 completed surveys from 36 agencies. Among the agencies that completed the questionnaire, 74 percent were public housing, 6 percent private housing and 21 percent contained public and private properties. Each agency managed between one to 516 buildings with 119 to more than 2,000 units per agency. Some agencies only indicated the number of buildings or units, but not both. Therefore, more buildings may have been managed than is shown here.

How often is the pest control contract renewed? Based on 23 agencies, 13, 26, 30 and 30 percent renewed their contracts every five, three, two and one year(s), respectively.

If researchers provide free training and consultancy to your staff and residents on effective pest control methods, are you interested in participating? Among the 37 survey respondents, 92 percent said yes, and 8 percent said no.

If researchers can provide free pest inspection or control service, will you be interested in participating? Among the 37 survey respondents, 95 percent said yes, and 5 percent said no.

Low-income housing managers and residents believe that lack of resident cooperation and property maintenance are responsible for high pest prevalence or control failures.

Were there any changes in the frequency of scheduled visits due to COVID? Among the 38 survey respondents, 76 percent said yes, and 24 percent said no.

Do you believe the pest infestations that you are currently encountering have increased in severity compared to the past few years? Among the 38 survey respondents, 34 percent said yes, and 66 percent said no.

Do you believe the cockroach infestations that you are currently encountering have increased in severity compared to the past few years? Among the 38 survey respondents, 37 percent said yes, and 63 percent said no.

Do you believe the house mouse infestations that you are currently encountering have increased in severity compared to the past few years? Among the 38 survey respondents, 16 percent said yes, and 84 percent said no.

Do you believe the other pest infestations that you are currently encountering have increased in severity compared to the past few years? Among the 29 survey respondents, 10 percent said yes, and 90 percent said no.

Has your policy/procedure changed as a result of COVID regarding accessing the apartment when residents refused entry for a pest inspection or treatment? Among the 37 survey respondents, 51 percent said yes, and 49 percent said no.

Using in-house licensed staff to manage pest issues has several advantages: No.1, it saves the cost of staff escorting contractors one to two days a month in each property; No. 2, it is more flexible than hiring a contractor for scheduling, treating emergency complaints and planning follow-up inspections and re-treatments; and No. 3, it is likely much cheaper for in-house staff to conduct nonchemical control procedures such as rodent proofing, decluttering or cleaning compared to contracted services.

In-house pest control services can be very effective as evidenced by a model bed bug control study (Cooper et al. 2015). However, it requires the staff to receive regular training and keep their pesticide applicator licenses updated. Service quality of individual staff members may vary as their supervisors are not trained in pest control.

We found evidence of decreased pest control cost due at least partially to reduced service visits as a result of the COVID-19 pandemic. Seventy-six percent of surveyed agencies experienced changes in scheduled services, and all of the changes were pandemic-related policy changes implemented by the housing agencies.

The current contracted services generally met the expectations of the housing agencies. Housing managers and residents believe that lack of resident cooperation and property maintenance are responsible for high pest prevalence or control failures. While these factors are associated with indoor pest infestations (Schal 1998, Wang et al. 2019), pests can still be eliminated if an effective pest management program exists.

For example, Cooper et al. (2015) found that bed bug infestations in three high-rise apartment buildings were reduced from 15 percent to 2.2 percent after 12 months of adopting an improved bed bug control program from 2012 to 2013. Licensed in-house staff achieved this improvement following the guidance of Rutgers University researchers.

In another example, Rutgers University researchers compared a researcher-delivered integrated pest management (IPM) and a contractor’s service for cockroach control in two high-rise apartment buildings in Paterson, N.J. After 12-14 months, 89 percent of the apartments in the IPM building had cockroach counts reduced to zero compared to only 53 percent of the infested apartments in the building serviced by a contractor that had cockroach counts reduced to zero (Wang et al. 2019).

There were no apparent changes in resident cooperation or maintenance of the properties by the housing staff in either case.

These examples demonstrate the lack of effective pest management services provided by low-income housing. Ineffective pest control services led to a high percentage of residents using their own methods to control pests — 78 percent of interviewed low-income residents implemented methods themselves in a six-month period to control pests in a 2018 survey of 876 residents (Abbar et al. 2022). Among those self-administered control methods, the most common method (54.5 percent) was spray.

Among the three groups of pests (cockroaches, mice and other pests), the highest percentage of surveyed agencies believed cockroach infestations increased compared to a few years ago. It is very possible that cockroach infestations increased mainly due to the COVID-19 pandemic. This is plausible due to the elimination of routine services and increased human presence and poorer sanitation in apartments during the pandemic, coupled with the fast reproductive rate and short life cycle of German cockroaches.

Some of the surveyed agencies also reported increased hoarding of food and other household items by residents during the pandemic.

Increased hoarding and the resulting buildup of clutter were at least partially caused by panic buying, increased food donations by nonprofit organizations during the early phase of the pandemic and monetary resources resulting from government stimulus programs.

Most housing agencies welcome free training and pest inspection, which is encouraging as educating the staff and residents is urgently needed. Past resident and staff surveys have repeatedly revealed under-reporting of pest activity, the prevalence of ineffective self-control methods and the lack of cooperation from residents in assisting the pest control services (Wang et al. 2016, 2019).

Only when the staff and residents become more concerned about pest infestations and more knowledgeable about their management can we make effective policy changes, adopt more effective pest control practices, reduce the introduction of pests and ultimately reduce pest infestation rates that currently plague most low- income communities.

There are many free training materials and programs available (e.g., www.stoppests.org), including those delivered by statewide Extension specialists with urban entomology responsibilities.

The U.S. Department of Housing and Urban Development and National Institute of Food and Agriculture have grant programs to support the adoption of IPM.

Yet, getting low-income communities to adopt IPM is still challenging. There is still a long way for researchers and educators to establish mutually beneficial partnerships to increase the adoption of more effective pest control practices.

CONCLUSIONS. We found the COVID-19 pandemic caused disruptions in scheduled pest control services. There were increased pest complaints (except bed bugs) and infestations in low-income housing with the greatest increase associated with cockroaches. Despite the continued high pest infestation rates, the current pest control contracts meet the housing agencies’ expectations. There remains a strong need to educate housing agency personnel and residents to help them adopt more effective pest management policies and contracts and to reduce the indoor pest infestations significantly.

Schal, C. 1988. Relation among efficacy of insecticides, resistance levels, and sanitation in the control of the German cockroach (Dictyoptera: Blattellidae). Journal of Economic Entomology 81: 536–544. 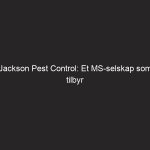 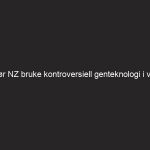 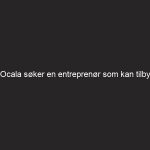 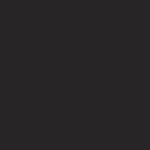 November 24, 2022 by Jose Ramirez
We use cookies on our website to give you the most relevant experience by remembering your preferences and repeat visits. By clicking “Accept All”, you consent to the use of ALL the cookies. However, you may visit "Cookie Settings" to provide a controlled consent.
Cookie SettingsAccept All
Manage consent

This website uses cookies to improve your experience while you navigate through the website. Out of these, the cookies that are categorized as necessary are stored on your browser as they are essential for the working of basic functionalities of the website. We also use third-party cookies that help us analyze and understand how you use this website. These cookies will be stored in your browser only with your consent. You also have the option to opt-out of these cookies. But opting out of some of these cookies may affect your browsing experience.
Necessary Always Enabled
Necessary cookies are absolutely essential for the website to function properly. These cookies ensure basic functionalities and security features of the website, anonymously.
Functional
Functional cookies help to perform certain functionalities like sharing the content of the website on social media platforms, collect feedbacks, and other third-party features.
Performance
Performance cookies are used to understand and analyze the key performance indexes of the website which helps in delivering a better user experience for the visitors.
Analytics
Analytical cookies are used to understand how visitors interact with the website. These cookies help provide information on metrics the number of visitors, bounce rate, traffic source, etc.
Advertisement
Advertisement cookies are used to provide visitors with relevant ads and marketing campaigns. These cookies track visitors across websites and collect information to provide customized ads.
Others
Other uncategorized cookies are those that are being analyzed and have not been classified into a category as yet.
SAVE & ACCEPT